Introduction
Getting Started
Two Fish that will give you everything you need
Speckled Trout
Redfish
Fishing Tackle
Live Bait
Understanding How and Why the Water Moves
Find Speckled Trout and Redfish
Intro to Google Earth (Advanced Inshore Navigation)
Find the Best Fishing Spots w/ Google Earth
Discover Safe Routes & Avoid Dangerous Water
How to Create Routes and Fishing Spots for Your GPS
What to do when you get to your first fishing spot.
What to do if you don't catch fish
The Ultimate Key to Angling Success
Congrats! You're done!
Additional Support

If you didn't know, the majority of Louisiana's oysters are actually "farmed" out in the marsh, using oyster seed and something called "culch", which is usually crushed concrete or gravel. The culch gives a hard surface for the oysters to attach themselves and thrive on.

Oyster fishermen mark their leases with PVC pipes so they can easily find them and distinguish its boundaries. In some places these PVC pipes cover tens of acres, the oyster reefs are that big! 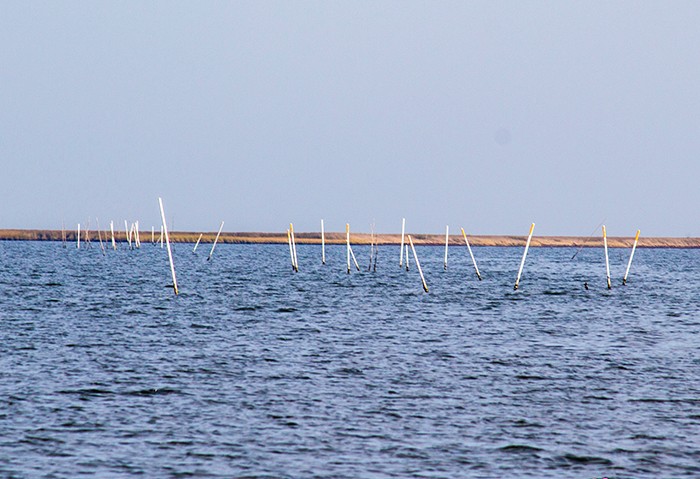 Fish congregate on these oyster reefs to feed and since they are marked they are easy for you to find when you are out and about in the marsh. However, you cannot see the PVC pipes in satellite imagery. There is, however, one way to know where the oyster reefs are without leaving your home.

Look at the below satellite image and you will see a boat going in a circle. That is an oyster boat working its lease, dredging oysters up from the reef. Where ever you see these swirls are where oyster reefs are located. Use the Time Slider to see the same area at different times in order to locate the oyster boats in action. 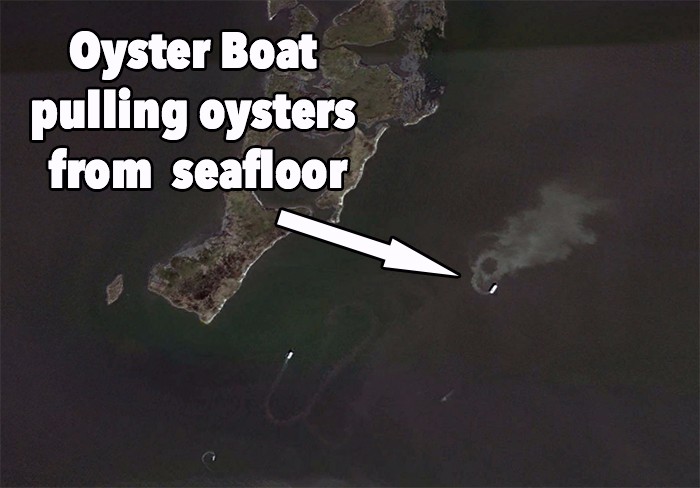